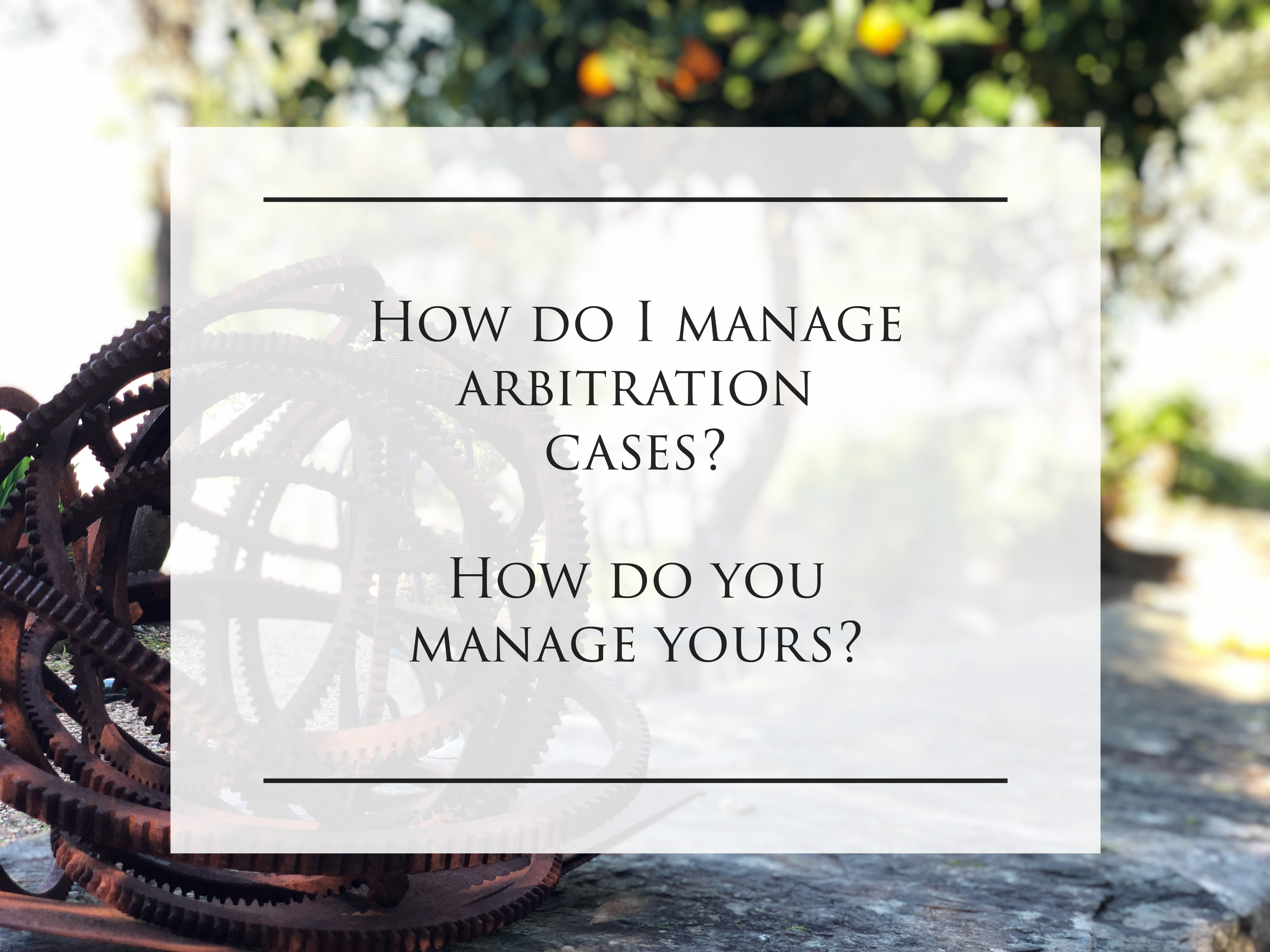 1. It is not acceptable for an arbitrator to delegate work to a junior lawyer who is not a member of the tribunal.

2. When the complexity of the case so justifies, it is acceptable for a tribunal to appoint a secretary to assist it with the administrative tasks relating to the proceedings.

3. It is not appropriate for tribunals to attempt to identify and decide potentially dispositive issues early in a case if one of the parties objects.

4. Arbitral tribunals should offer to assist parties in reaching a settlement, and actively look for opportunities to do so, if none of the parties objects.

5. Arbitral tribunals must provide parties with their preliminary views of the strengths and weaknesses of their claims and defences only when requested by both parties to do so.

6. Arbitral tribunals should not in principle apply a set of rules for the taking of evidence or the conduct of the case if one of the parties objects to their application but it can never forego its powers to conduct the case according to the provisions of the lex arbitri.

7. It will depend on the case to grant a party’s request for e-discovery.

8. Parties in principle should not be obliged to provide a summary of their arguments to the tribunal before the hearing (skeleton arguments).

9. Arbitrators should consult with the parties who appointed them before proposing names for a chair to the other co-arbitrator.

10. Arbitrators should be available to be interviewed by the parties before being appointed (in accordance, for example, with the Guidelines for Arbitrator Interviews published by the Chartered Institute of Arbitrators).

11. Sometimes, parties should interview a prospective chair that has been identified, before agreeing the appointment.

12. For a counsel that has engaged in misconduct, arbitrators should discipline during proceedings, immediately when misconduct occurs.

13. It will in principle be appropriate for a party to recover all of its reasonable costs (including counsel fees) if it has prevailed on its claims or defences.

14. It will depend on the case if it is appropriate for a party to recover the reasonable costs of any in-house counsel who conducted or assisted the party’s conduct of the arbitration.

15. Arbitrators should not have a preference to conduct the proceedings in the style of the common law, nor of the civil law and that style should instead be adopted depending on the case.

16.Arbitrators should request the parties to disclose to the tribunal whether they are being funded by third-parties and, if so, the identity of the funder.

The following is a statement of how I prefer to conduct arbitration proceedings in cases in which I have been, or could be, appointed:

• Early involvement of the parties in matters such as selection of seat, language, rules, law, procedural timetable, and the conduct of the proceedings, and especially: a) agreement as to fees (if not provided in applicable rules); b) expectation of the parties as to time and costs.

• If these matters are not sufficiently clear, it is advisable to seek its clarification with the parties at the first opportunity.

• Avoid unnecessary production of evidence particularly regarding any factual background that has been identified as undisputed.

• Enhanced use of technology, including video-conferencing when available.

• Issuance of the award within the time-limits of the applicable rules.

*Reply to a questionnaire inserted in the article “Puppies or Kittens? A Modest Proposal to Help Arbitrators Better Match Themselves with User Expectations“, by Ema Vidak-Gojkovic, Lucy Greenwood and Michael McIlwrath.